Details of the millions that former prime minister Najib Razak and his wife allegedly took from the 1Malaysia Development Berhad (1MDB) sovereign wealth fund and hid in Hong Kong and Singapore will soon emerge in the widening investigations on how billions were looted from Malaysia’s national coffers, said investigative journalist Clare Rewcastle Brown.

Rewcastle, whose blog The Sarawak Report fuelled corruption allegations against Najib and his associates – leading to his electoral defeat in May this year – was in Hong Kong on Wednesday to publicise her new book.

“1MDB is going to rear its head in Hong Kong quite soon. A lot of the money stolen by the former ruling couple of Malaysia ended up here in Hong Kong. I cannot see how the lid is going to be kept on that much longer,” Rewcastle told a lunchtime crowd at the Foreign Correspondents’ Club.

On Wednesday evening, at a gathering organised by the Malaysian Chamber of Commerce in Hong Kong and Macau, Rewcastle said she believed secret deals were done in Singapore so the funds Najib had squirrelled away would not be exposed.

“I think there are still secrets to come out of Singapore on 1MDB, and probably Malaysians will want to prise them out,” she said. 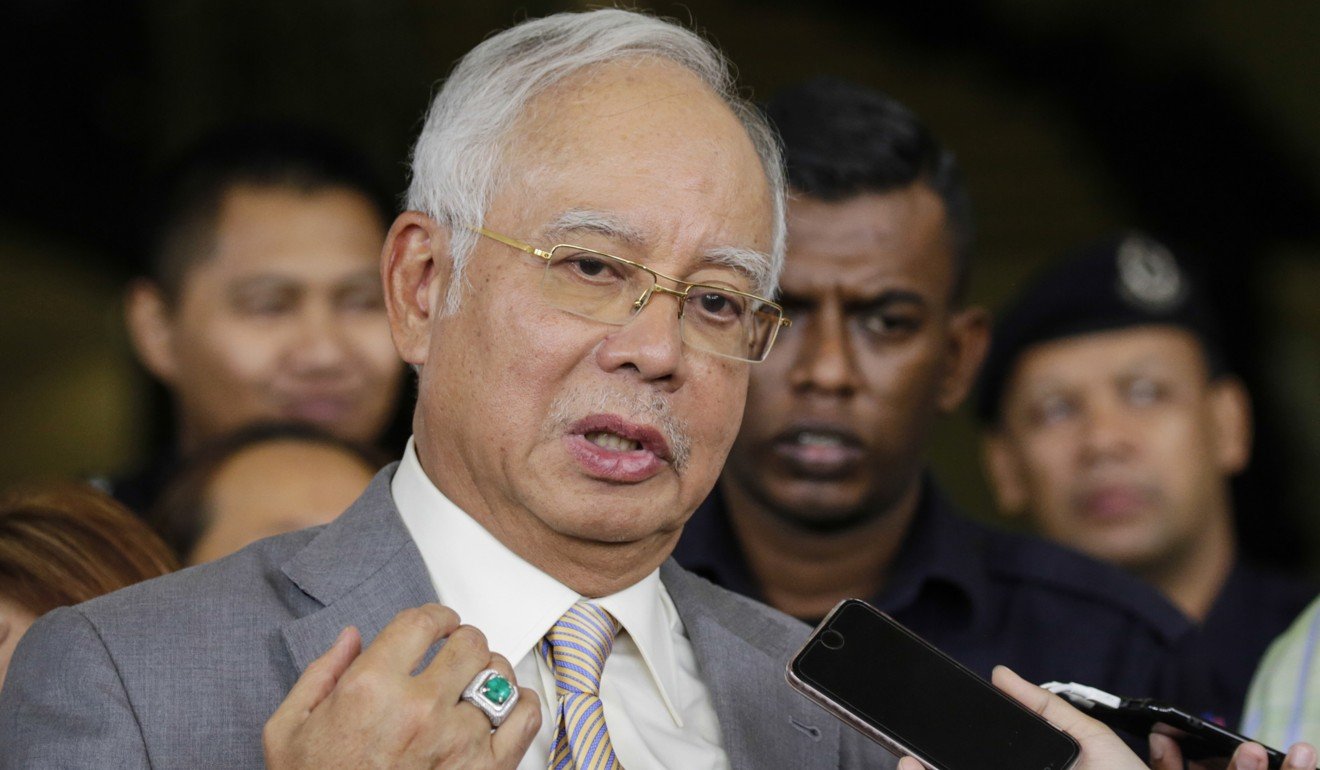 In September, Rewcastle, 58, published her book The Sarawak Report, named after her eponymous blog. It details the nine years the investigative journalist spent exposing corruption in politics – first by targeting the shady dealings of Sarawak’s former chief minister Abdul Taib Mahmud, who was loosely aligned with Najib’s government.

The 82-year-old Taib, who is now Sarawak’s governor, a largely ceremonial role, has been repeatedly accused by activists of favouring his family in awarding infrastructure contracts and being complicit in timber sector corruption that resulted in massive losses of virgin forest throughout the state.

While previous investigations into Taib were closed by Malaysia’s Anti-Corruption Commission several years ago, parliamentarians have recently pushed for these to be reopened.

Rewcastle’s biggest bombshell was in 2015, when she revealed on her blog that nearly US$700 million was funnelled into Najib’s bank account. 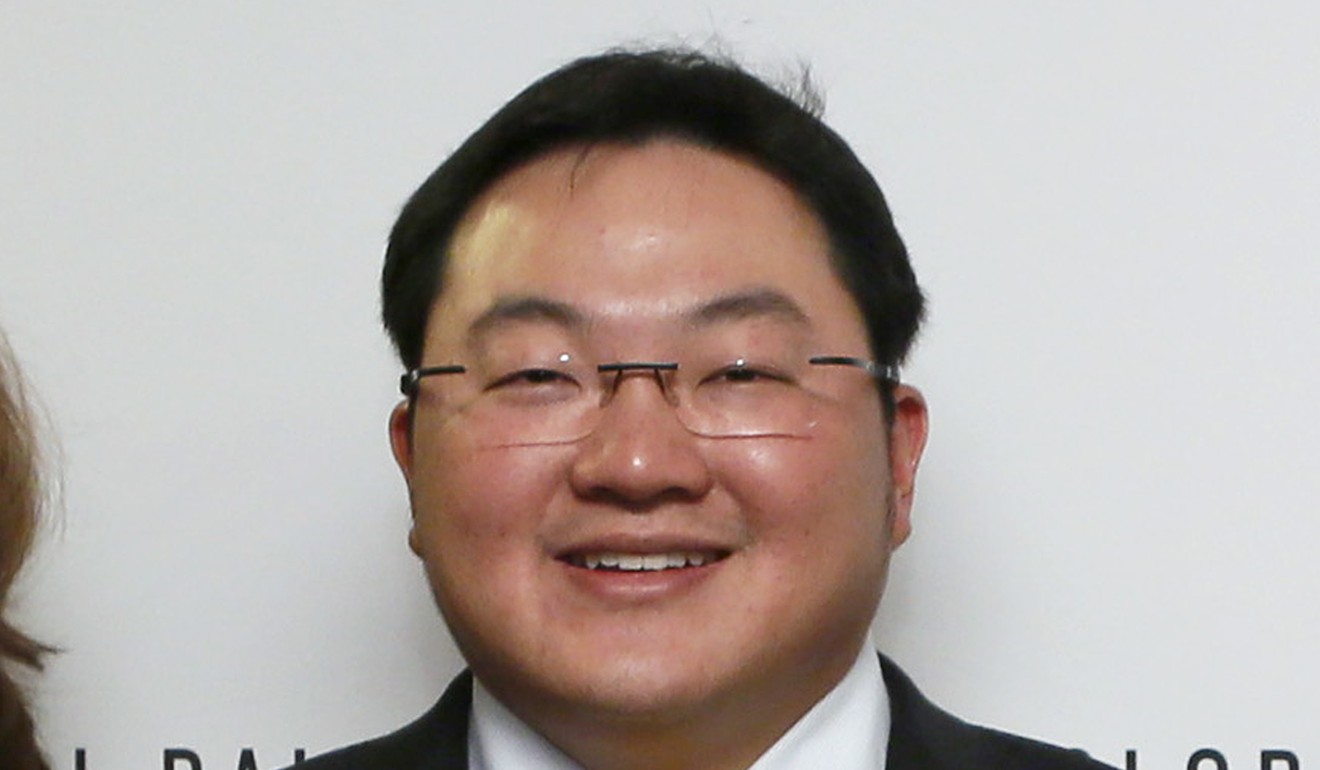 In her 528-page book, she described the surreal experience of attending her son’s school leaving ceremony the same day she met a source who provided leaked documents detailing the massive payment to Najib’s account.

In the aftermath of the allegations, she wrote, The Wall Street Journal went on to publish documents from the same source, even though they had originally agreed not to as the source was afraid for their life.

Since coming to power, the new government led by Prime Minister Mahathir Mohamed has aggressively launched investigations into the 1MDB saga. Najib and his wife Rosmah Mansor have since been charged in court with dozens of 1MDB-related offences but both have maintained their innocence.

The United States’ Department of Justice alleges that the 1MDB scandal involved misappropriation of an estimated US$4.5 billion. Last week, the Justice Department indicted Malaysian businessman Jho Low and two former Goldman Sachs bankers for money laundering and violation of anti-bribery laws. One of the former Goldman bankers, Tim Leissner, has pleaded guilty and will forfeit US$43 million for conspiring to launder cash and violate the Foreign Corrupt Practices Act, while the other, Roger Ng Chong Hwa, has been arrested in Malaysia and is expected to be extradited to the US.

Low remains at large, maintaining that he is innocent while refusing to return to his birth country to face the music, citing a lack of faith in the judicial system under Mahathir’s administration.

Asked if she thought Low was the mastermind of the heist – as portrayed by another recent book on the scandal, Billion Dollar Whale, by The Wall Street Journal reporters who had followed the saga– Rewcastle said if it had not been Low, it would have been someone else. She added that for Low’s part, she believed it was “a family business”.

“Jho’s father was a businessman with a chequered career and probably … spent many decades developing an understanding of how to manage the offshore system … and little scams of that nature. I’m sure he was advising Jho.”

Low’s sister based in Singapore was an expert in setting up offshore corporations, Rewcastle added, while Low’s brother was also involved in the family business. According to her sources, Low and his family were in China at the moment, she said.

China has not commented publicly on claims Low is in the country, though the Chinese ambassador in Kuala Lumpur, Bai Tian, was quoted by the Malaysian Finance Minister Lim Guan Eng last week as saying immigration records showed Low was not in the country.

However, Mahathir has implied he believes Low is in China, saying that as Malaysia and China have no extradition treaty, it would be tricky to ask for China to send him back.

Rewcastle, sister-in-law of former British prime minister Gordon Brown – who wrote the foreword to the book – was feted for her contribution to bringing down Najib’s government by several members of a 200-strong audience at the Malaysian event on Wednesday night.

She said her affinity to Sarawak – she was born there when it was a British crown colony – and its forests were her main motivations, and lamented how banks, big media and other international organisations had turned a blind eye to corruption for years.

She acknowledged she would not have had the leeway to pursue her investigative reports if she had been part of a larger organisation where she needed to answer to editors – and legal teams, she quipped.

During lunch at the Foreign Correspondents’ Club, she said everyone in Malaysia knew 1MDB was a “slush fund”, but fear of the regime prevented them from speaking up.

Her ability to do so was partly driven by the power of the internet, she said.

“I would get my children off to bed, and I found I could sit in my kitchen with a glass of wine and start burrowing into company records from 1980 back in Canada or the US.

“Something that just a few years ago would have involved a flight, I could do via the internet.”

Malaysia Will Seek $4.5 Bn In Damages From Goldman Sachs

1MDB: The Inside Story Of The World’s Biggest Financial Scandal