The Serious Fraud Office case relates to the way the bank raised billions of pounds from Qatari investors enabling it to avoid a government bailout.

Former chief executive John Varley is one of the four ex-staff who will appear at Westminster Magistrates’ Court on 3 July.

Barclays says it is considering its position and awaiting further details.

“The charges arise in the context of Barclays’ capital raisings in June and November 2008. Barclays awaits further details of the charges from the SFO,” the bank said in a statement.

It is the first time criminal charges related to the financial crisis have been brought against a bank in the UK.

In addition, Mr Varley and Mr Jenkins have also been charged with the same offence in relation to the October 2008 capital raising and with providing unlawful financial assistance.

Mr Jenkins will “vigorously defend” himself against the charges, his lawyer has told Reuters.

“As one might expect in the challenging circumstances of 2008, Mr Jenkins sought and received both internal and external legal advice on each and every topic covered by the SFO’s accusations,” said Brad Kaufman from American firm Greenberg Traurig.

Mr Boath, who last year took Barclays to an employment tribunal on the grounds of wrongful dismissal, also pledged to defend himself.

He said in a statement: “The SFO’s decision to charge me is based on a false understanding of my role and the facts. I was not a decision-maker and had no control over what the bank did in 2008.”

John Varley would for most have been an unlikely choice as the first former bank chief executive to face criminal charges over the events of the financial crisis.

Avuncular, calm, Mr Varley was one of the City’s patricians, often portrayed – rightly or not – as a check on Barclays’ hard-charging investment bank, led by Bob Diamond. 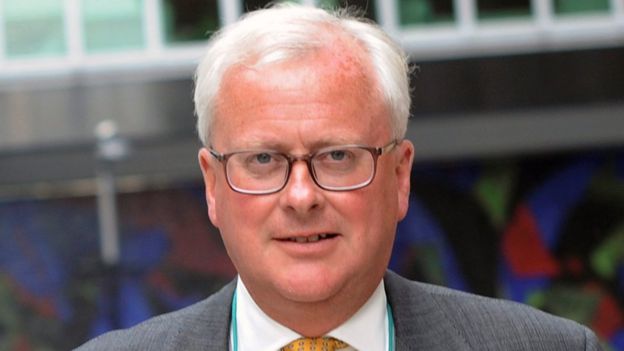 Now, along with the bank he once led, he faces two types of charges, both of which relate to fundraisings from Qatar in 2008.

The first charge, conspiracy to commit fraud, relates to “advisory” fees paid to Qatar. The second – “unlawful assistance” – could be more serious. 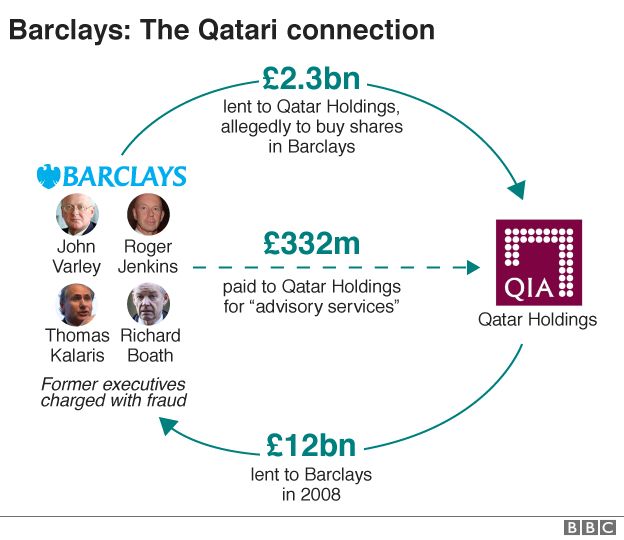 It relates to a £2bn loan advanced to Qatar after the fundraisings were negotiated, the implication being that there was a money-go-round at work – Barclays was handing Qatar some of the money it was using to support the British bank.

Who are the four former Barclays executives?

Roger Jenkins, 61, was the executive chairman of investment banking and investment management in the Middle East and North Africa.

Barclays took £12bn from Qatar in 2008, as banks scrambled to avoid nationalisation. The SFO looked into payments made to Qatar at that time and afterwards. It also investigated whether those payments were correctly disclosed and if they might have been an inducement to Qatar to support the British bank.

The emergency funds allowed Barclays to avoid a government bailout in 2008 at a time when rivals Lloyds Banking Group and Royal Bank of Scotland were forced to rely on a taxpayer rescue.

The Financial Conduct Authority (FCA) has also reopened its probe into the deal and is understood to be reviewing new evidence which could prompt it to reconsider a £50m fine against the banking giant four years ago.

The FCA imposed the penalty after finding that Barclays had failed to disclose the arrangements and fees it paid to the Qatari investors, but Barclays contested the fine and it was put on hold while the SFO conducted its investigation.